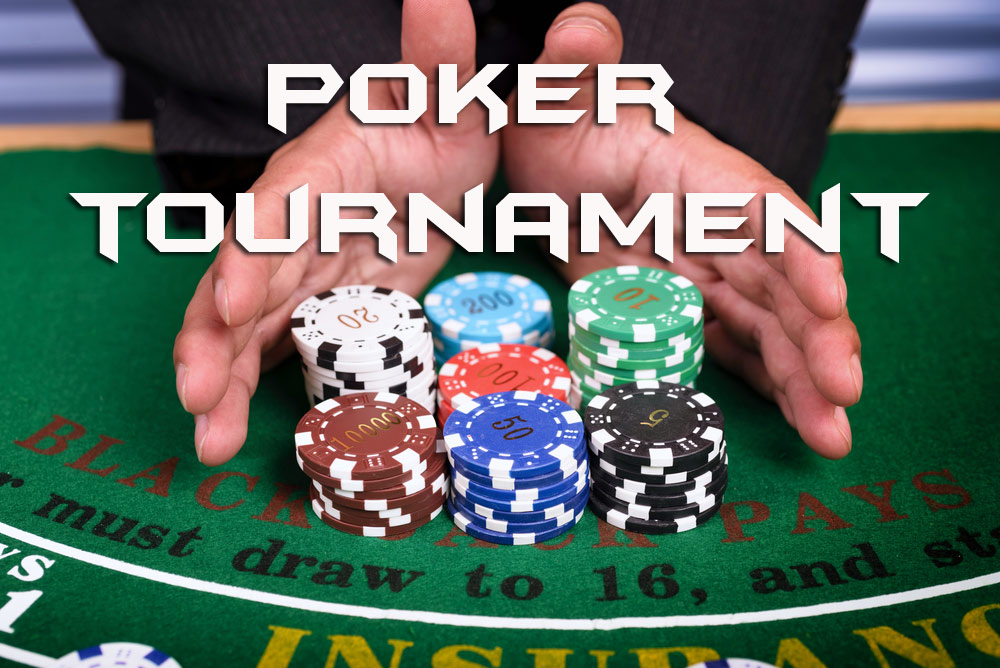 Poker tournaments can feel like long, drawn out affairs, and there can be a lot of adrenaline and excitement to start off with. However, it is crucial not to let yourself burn out. It’s fine not to use all of your energy and dynamism in the initial stages of the tournament: in fact, it will be better to keep some energy in reserve for the latter stages so that you can stay fresh in body and mind just as the other players start to flag. You may have heard the related advice to play ‘tight’ at the start of a poker tournament and to loosen up later. This means to play cautiously at the start of the tournament as you learn the lie of the land and get to know how the other players’ minds work, and then to be a little more flexible with your gameplay as the tournament wears on.

2. Make the most of the anonymity

Unlike many poker events where you play with the same crowd again and again, with poker tournaments you are usually surrounded by anonymous faces. Many of the players at the next tournament that you enter will be total rookies trying their luck. That means that, with a little practice before the tournament starts, you will be in a very good position to win. Be confident: this is the perfect environment for a relatively new poker player to flourish.

3. Keep track of your chips

In the excitement of a game of poker, it can be difficult to keep track of the flurries of chips changing hands or flying on and off the table. The key to success in poker tournaments, however, is good bankroll management. At the end of each round of every poker game in the poker tournament, take a little time to take stock of your chips so that you know how much cash you have left and how much you can afford to wager.

The bubble is the name given to the point in a poker tournament when the players left in the tournament are getting close to the big jackpot. The bubble is often a time of increased excitement, but it can also be a time when gamblers start to lose their heads and make some reckless decisions. If you are lucky enough to find yourself playing in the bubble, you will need to remind yourself to keep a cool head and to pace yourself.

5. Don’t make a deal at the end of the tournament

In the very final game of a tournament, you may find that other players offer you a deal in the form of splitting the prize money with you if you all agree to a tie. This might seem like an attractive prospect as it looks like everyone will at least get to go home with something. Nevertheless, the best thing to do is to reject such deals. Other gamblers will usually offer you a deal because they feel that they have the weakest hand. It is thus advisable to reject the offer of the deal and to keep on playing to the end so that you can scoop up all of the prize money for yourself. The banality of a deal is also no match for the thrill of playing a poker tournament right to the very end – even if you do not win outright in the end. If the other players try and pressure you to accept a deal when you don’t want one, stand firm: the decision is yours to make, no matter what they say.